If you’ve looked into civic engagement in the City of Houston, you may already know that Houston has one of the lowest percentages of voter turnout in Texas. Over the past two months, I’ve been digging deeper into this issue by researching Houston elections, reading endless articles, and interviewing various Houstonians. Everyone acknowledged that voter turnout is a problem for Houston, but the general attitude was one of inevitability — nothing works, and things will continue to not work in November. I felt like a complete outsider to the city listening to all the nuanced perspectives on why voter turnout is as low as it is, but it was a great opportunity to immerse myself in the inner workings of the city and begin forming my own perspective.

After hearing about the institutional barriers to voting, the plague of apathy in the younger generation, and the lack of information to enable informed voting, I began to put together a few pieces of the systemic, complex puzzle that is Houston’s voter turnout. There is no one type of ‘inactive’ voter, so no one solution is going to create large-scale change, and the responsibility for change is not solely on the voters. Those running for office should also shoulder responsibility for maintaining a healthy democracy, though campaign and spending strategies may believe otherwise. It makes sense for candidates to campaign on what would gain the highest number of votes, but this alienates eligible voters without a strong voting history. When campaigns are catered to a static electorate, those not directly engaged opt out of the process altogether. With this as the reality of elections, it’s clear something needs to be done to galvanize newly motivated voter segments and understand what is meaningful to them but isn’t being addressed. 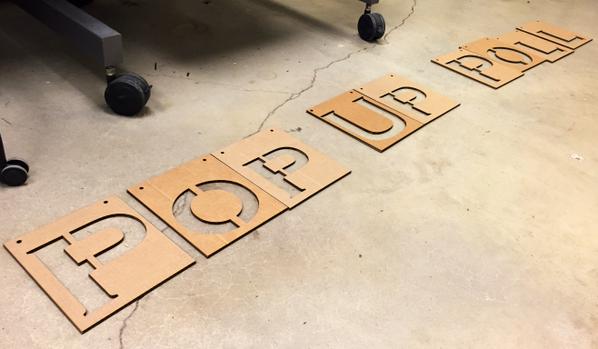 It seemed that the best thing to do moving forward was to talk to the people with power — the voters. To reach various communities of voters, we designed a series of experiments called Pop Up Polls using an original creation by Data Design Co. Pop Up Polls are a simple, portable method for quickly collecting public opinion from a targeted population. We’ve conducted several polls at Houston-wide events as well as neighborhood community centers and had the chance to hear what’s important to Houstonians from all different walks of life. The Pop Up Polls will continue to be a mechanism for quickly collecting information about a community of people. Ideally, the polls will reveal more about the priorities of large groups of eligible voters who may not necessarily be targeted by campaigns. Then bringing this to the attention of the candidates and the general public would result in some reaction from both sides — the candidates feeling pressured to address those priorities and the public holding them accountable for doing so by voting in the election. 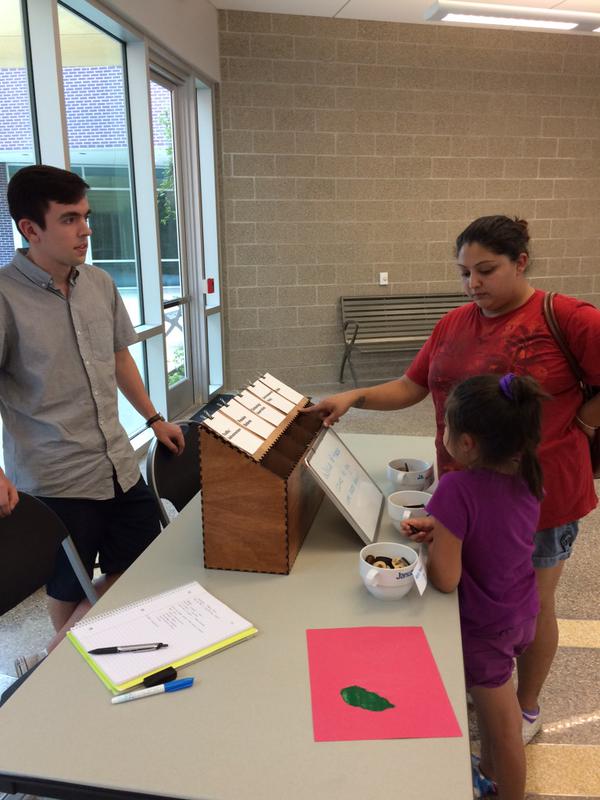 The biggest difficulty in using the polling mechanism is finding where to engage the eligible but inactive voters rather than the easily accessible active voters. I identified three Houston Super Neighborhoods with historically low voter participation percentages: Independence Heights, OST/South Union, and Near Northside. The polling framework is designed to ask targeted questions to identify what issues are most meaningful to various communities in these neighborhoods to better understand those inactive voters. The Pop Up Polls should be effective in engaging these potential voter segments by circumventing the bureaucracy of super neighborhood councils which commonly overlook those same disengaged populations. Instead of asking neighborhood representatives from the council, the polls directly ask neighborhood residents what matters to them.

In addition to gathering information about the inactive voter population, I wanted to know more about those who actually vote and understand what motivates them to vote compared to other inactive voter populations. I circulated a survey with about 90% of responses from people who consider themselves to be active voters, and it yielded some interesting results. A large number of respondents (41.5%) said they would like to hear the candidates address other issues that are not already being discussed. Dissatisfaction with the lack of depth in the candidates’ platforms was also expressed in the last, open-ended question of the survey asking respondents what other issues they would like to hear the candidates debate. Most responses covered topics, such as affordable housing and immigration, that aren’t the most popularly debated. Those responses touching on the more common issues (such as traffic/infrastructure, pension reform, etc.) all expressed wanting to hear “real solutions” from the candidates.

It would be interesting to see the candidates propose holistic platforms at a time rather than isolated solutions. For example, proposing a solution for traffic should be a coordination of multiple parts of a system, including public transportation, environmental policy, and walk/bike routes, and I am curious to see how voters would receive the candidates if issues were addressed as umbrellas with underlying topics. If candidates proposed large-scale, systemic solutions that inherently tackled an increased number of micro-issues, it could inadvertently activate new segments of voters who have a direct connection to those micro-issues (ex. trying to improve environmental policy and tackling overpopulation of stray dogs as an attached micro-issue). 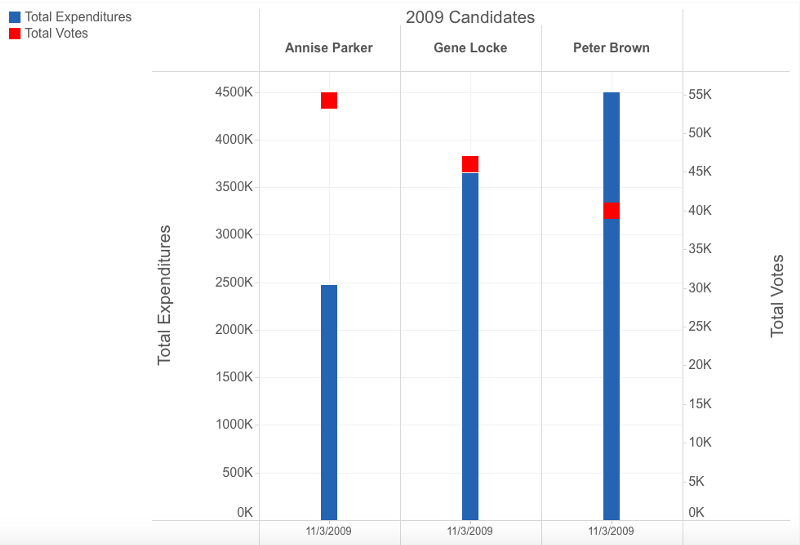 An immediate challenge to this would be incentivizing candidates to create platforms that could potentially activate new voters because they view this as an unnecessary risk. This is where the business case for activating new voters comes into the picture. Campaign spending from the 2009 mayoral election shows a trend of diminishing returns with increased spending per vote. The person with the highest number of votes in the 2009 general election, Annise Parker, actually spent the least amount per vote. With this in mind, it should be valuable for the candidates in this upcoming November election to find new campaign strategies that direct their dollars towards gaining new voter segments rather than yielding diminishing returns from the static electorate. 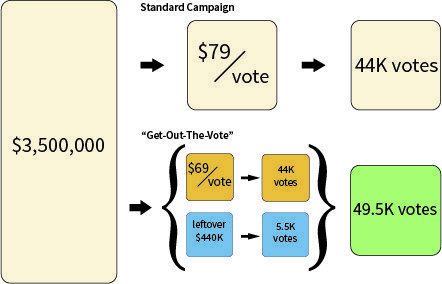 Some recent events may already be pushing the course of the election down this path, such as the Texas State Supreme Court’s ruling on HERO, which is expected to increase voter turnout. We may not need to wait on candidates to redirect their campaigns for change to happen. However, if candidates see value in tapping into new voter segments to gain additional votes, and information revealed from the Pop Up Polls informs their new strategies for activating those segments, a final push from the general public (i.e. media, advocacy groups, nonprofit organizations, etc.) could be the catalyst for a long-term change for Houston’s voter turnout. With all the moving parts in place, this could result in more effective changes, not just for voter turnout, but for the City of Houston as a whole.