There’s a new spin on hackathons, and it doesn’t involve technology. In the last month alone, Houston hosted two policy hackathons. They got people thinking creatively about our government and the laws they write.

On March 5-6, Polithon and Young Invincibles held a policy hackathon about student debt. They brought together a few dozen people between the ages of 20-40 to hash out a platform. Ideally, it will be a platform that Young Invincibles can use after the event.

On March 22, Glasshouse Policy and Rice University Center for Civic Leadership held a policy hackathon about mobility. You can read the laundry list of awesome people involved in this event.

I’m pretty curious about riffs on the hackathon concept. Luckily, I had an inside track. I met with one of the founders of Polithon immediately after their event, and I served as a judge for Mobility@Rice. I hope these thoughts are helpful for anyone looking to produce a policy hackathon of their own. 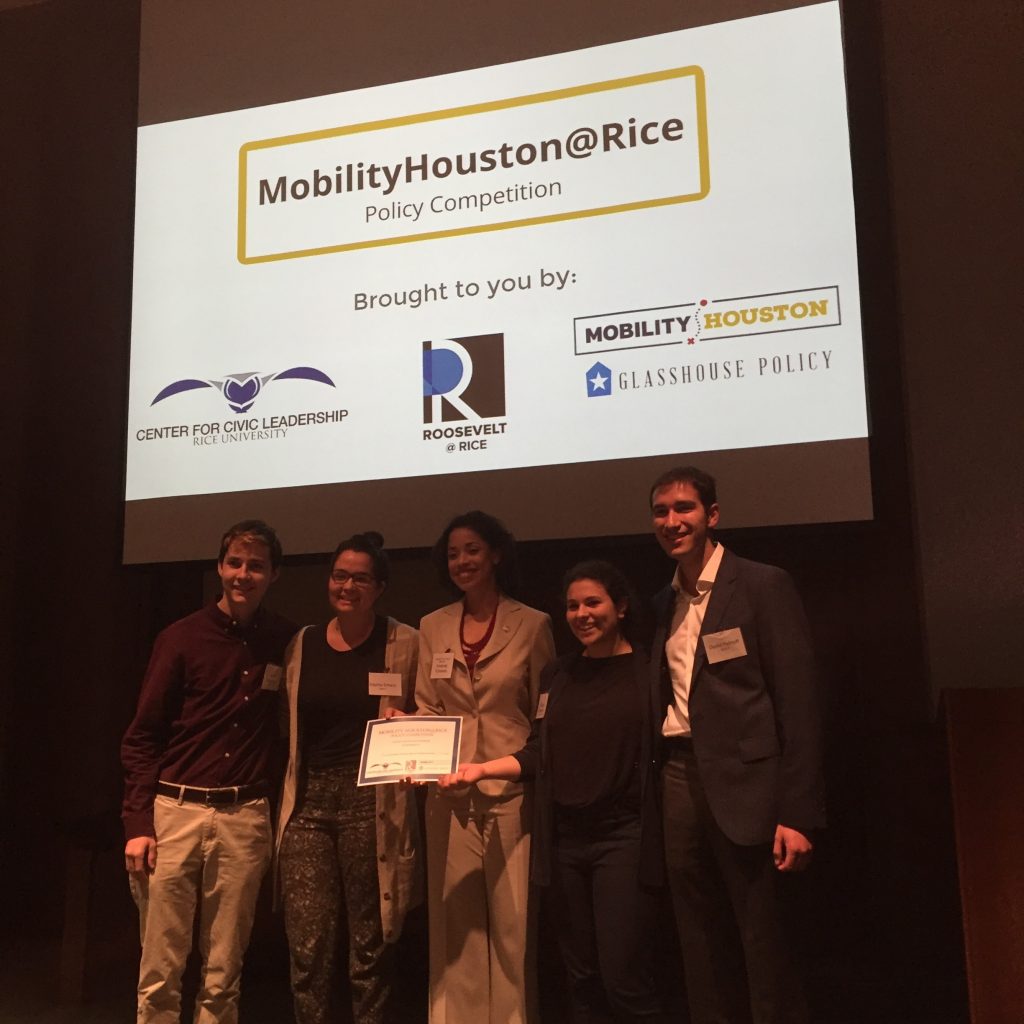 This has mixed results. Without a technical constraint, participants are free to dream up anything they want. The policy hackathon becomes a place where you can air out crazy, inspired ideas. Much like our experience with the Houston Writeathon, a unique point of view matters a lot more than technical chops.

Polithon’s goal was to develop a platform for their local partner. The event seemed like an exercise in consensus building. It’s as if you got two dozen of your smartest neighbors to spend the day planning.

MobilityHouston@Rice was different. The event was an exercise to teach students about the process of idea development. In policymaking, this also includes compromise and acknowledgement of financial and political realities.

That’s why my favorite proposal at the Rice event was also the wackiest. Two math students wanted to know if closing exits on the freeway could somehow reduce traffic. The team crunched the numbers over two months in early 2014. The result? Traffic could decrease as much as 25%. 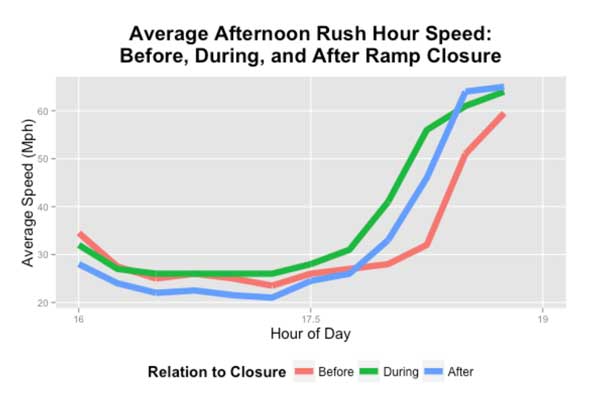 Research courtesy of the Rice University Center for Civic Leadership

This kind of counter-intuitive proposal is exactly why policy hackathons are insightful. They help us rethink our approach to common problems. In this case, traffic congestion could be reduced in a low cost, low risk way.

The winning team proposed standardizing mass transit accounts. In their scenario, you could rent a B-cycle, hop on the metro, or catch a bus with the same card. They proposed opening B-cycle stations near existing Metro stations, like Los Angeles did. 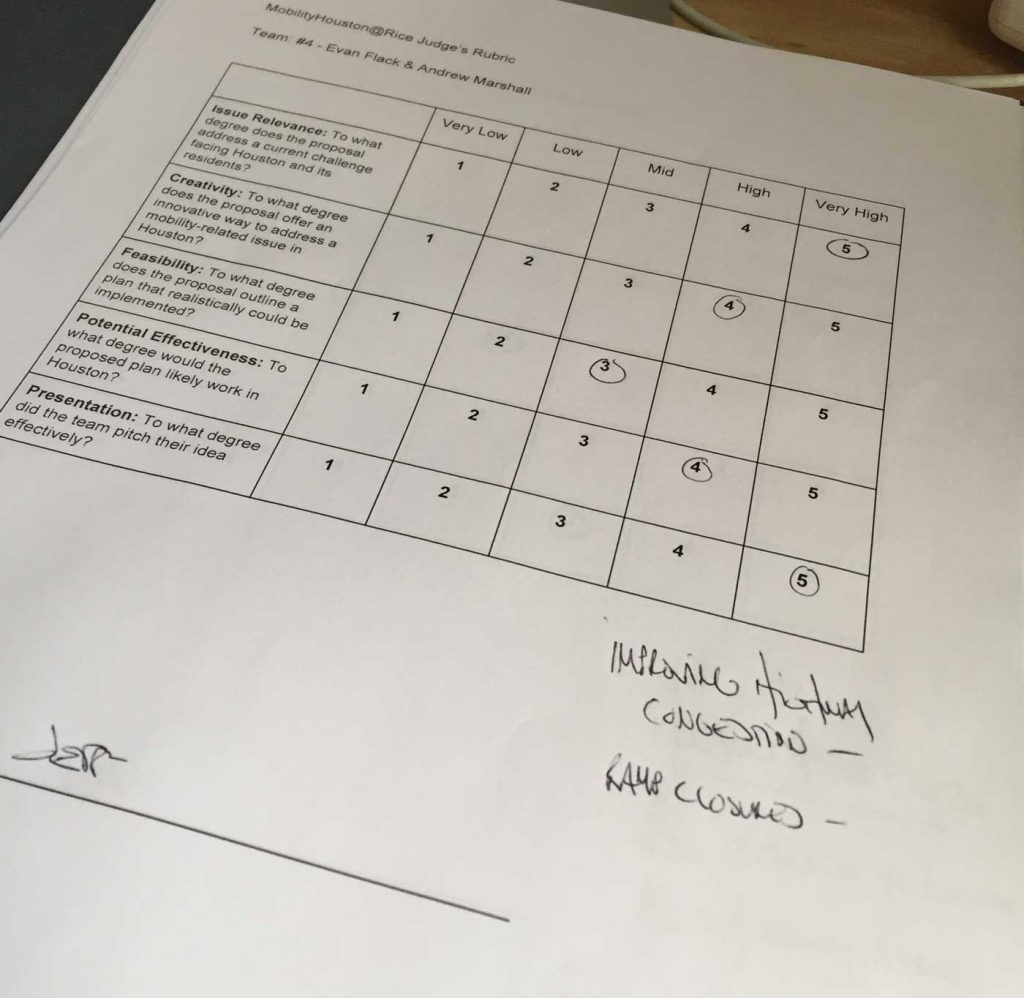 Technology hackathons have an element of play, exploration, and learning. Policy hackathons should be inspired by that. Outlandish ideas should be encouraged. After all, these events are supposed to give people total freedom to rethink our policies. They should take advantage of it.