My Favorite Spotify Hacks (so far)

I love Spotify. Since I joined in 2011, I’ve changed the way I share music with my friends, how I discover new artists, and even how I pay for music. I pay ten bucks a month for a premium account. I listen to a lot of music.

Despite Spotify’s contribution to shrinking artist royalties and big business dealmaking, and even with millions in venture capital and  high powered partnerships pushing them well beyond underdog status, I still want them to succeed.  They make great products.

But I don’t want them to succeed alone. I’m really rooting for the Spotify system hackers. Not the break-in-and-steal-your-stuff kind of hackers. I’m talking about the get-creative-with-the-rules-and-tools kind of hackers. These are the people who are going to push Spotify towards invention.

Here are four of my favorite Spotify hacks so far (two of them are funded by Spotify):

These guys made news in Billboard a few weeks ago by “crowdfunding” their upcoming tour on Spotify.  Stream a silent album while you sleep, and Vulpeck receives about four bucks in royalties.  Do it enough, and they’ll play in your town for free.  Support them here.

Forgotify queues up one of Spotify’s 4,000,000+ unheard tracks and plays it just for you. Then, once the new song smell is gone, the track disappears from the Forgotify database.  It’s sad to think about how many songs are living on a server somewhere, just waiting for a listener.

Tailoring Music to Your Heartbeat

This is an internal hack, coming directly from Spotify.  Using motion sensors and heart rate monitors, Spotify will be able to serve up songs that match your motion. This might be an example of marketing gone wild, with future recommendation engines determining your “mood” based on your movements. But I think it will also provide interesting data about music and mood affecting one another.

Recently launched in the Spotify app marketplace, the Guilty Pledgers app allows you to donate a small amount of money to a charity, and in return you get to add a song to a collaborative jukebox.  Think house parties, not diner tabletops. Spotify helped fund the app, which is part of a long line of collaborative jukeboxes and charity microdonation services. 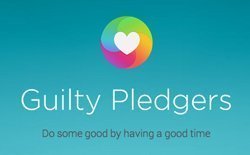 And just in case you were wondering…