It’s been a few months since I’ve posted a roundup of Houston-focused maps and data projects. There have been some really great stories while I’ve been gone. Here are some of my favorites:

We have very little idea of where dangerous chemicals are stored throughout Houston. This was clear in November 2014, when four workers at a chemical plant died from toxic gas, and first responders weren’t sure what they were fighting.

Chemical Breakdown is a Houston Chronicle series looking at the storage locations of dangerous chemicals, and how that impacts our risk of a disaster. The series also looks at regulatory failures that ultimately endanger first responders, local residents, and public health.

If you just want to dig into a map, part 1 includes the results of a Texas A&M study and a map of the chemical storage locations. 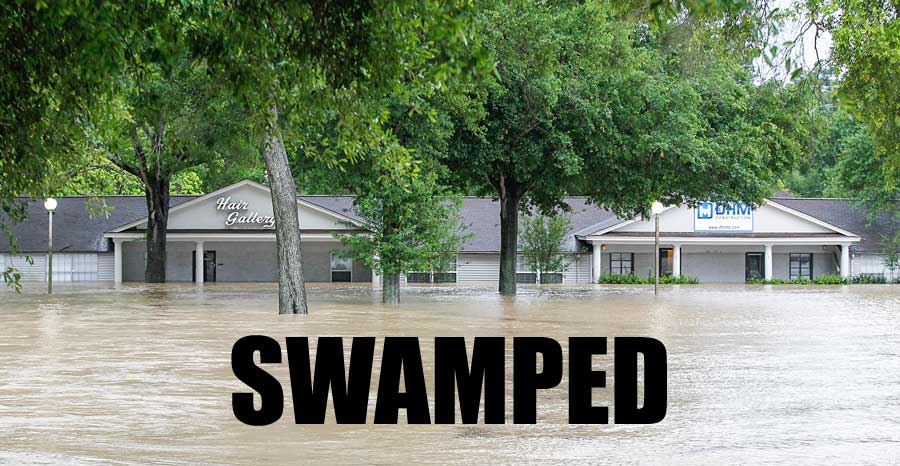 If it seems like flooding has gotten worse in recent years, the data backs it up. Swamped is another Houston Chronicle series examining the complex regional issues of flooding and subsidence.

Houston has been sinking for generations. This series includes profiles of long-gone neighborhoods like Brownwood, a middle class subdivision in Baytown that is now underwater. It explores our changing flood planes, and links to a map of subsidence over time.

While you’re learning about flooding, you might want to check out FEMA’s updated Houston-area flood map, which now includes 8,000 additional structures. 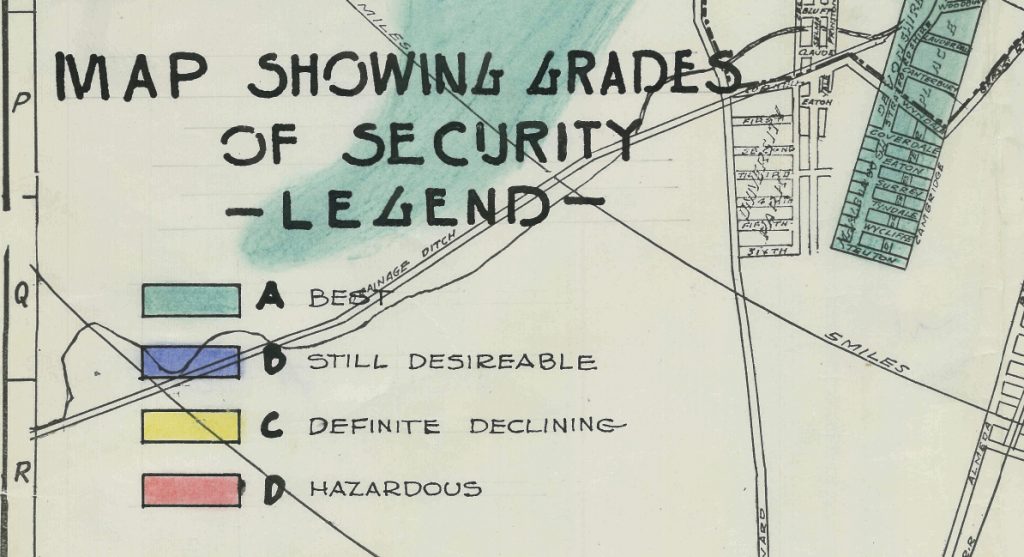 Houston might be the city with no zoning, but it certainly practiced redlining according to maps unearthed by University of Houston professor Susan Rogers.

As the Great Depression took root in the 1930s, the Federal government established the Home Owners’ Loan Corporation to prevent struggling homeowners from mortgage default. They produced “residential security” maps for cities across the country.

Rogers notes that “the power of the maps was to make discriminatory practices visible and provide a verb for the practice of denying loans to certain areas of our cities.”

What You Need to Earn to Buy a House Today 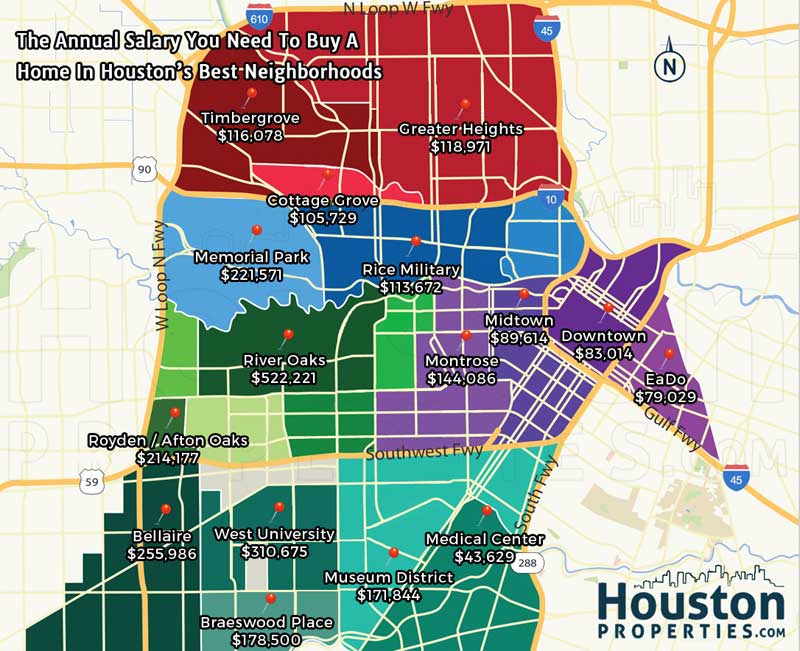 Here are the salary requirements to buy a home in 52 top ranked Houston neighborhoods, courtesy of HoustonProperties.com.

Presumably, this is the salary you need to earn to buy an average-priced home in those neighborhoods. It doesn’t take into account your down payment, though.

The stuff that made Erin Brockovich Famous is here 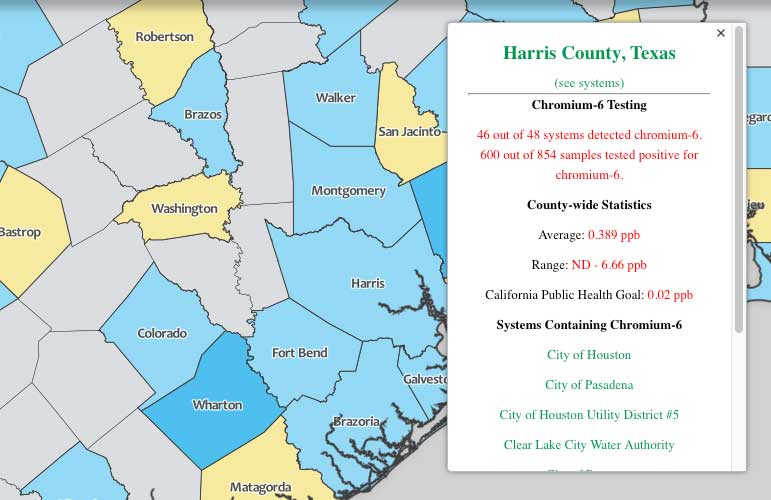 Chromium-6 is a cancer-causing chemical that occurs naturally in the environment, but it is also a consequence of improperly disposed industrial waste. So it’s no surprise that Harris County tested positive for Chromium-6 in the water supply in 46 out of 48 systems.

Across the country, the Environmental Working Group found Chromium-6 in over two thirds of the 60,000 EPA samples they tested. Sounds like we need a movie sequel. 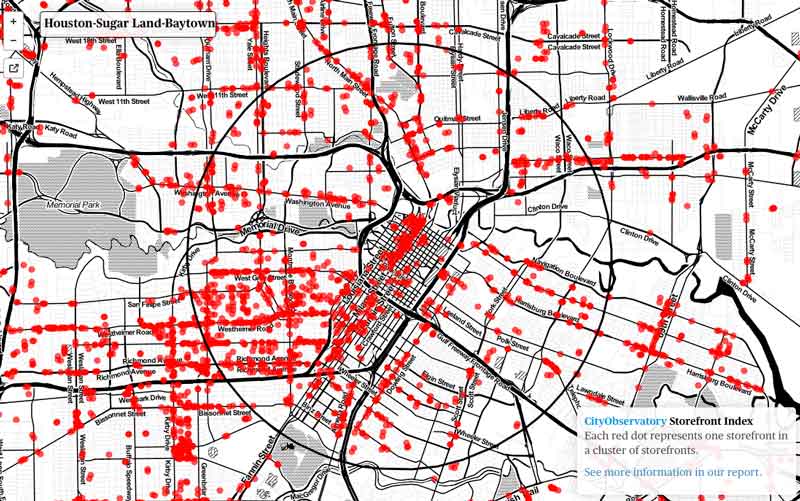 The Storefront Index quantifies the “number and concentration of customer-facing businesses.” Firmly rooted in the work of Jane Jacobs, the storefront index is a metric invented to quantify the transitions between public and quasi-public spaces in the streetscape.

This doesn’t exactly work in Houston. It’s tough to quantify a downtown streetscape when most of your shops are underground. Unfortunately, this index doesn’t take the tunnels into account.

If you get popped for weed, you’re probably not rich 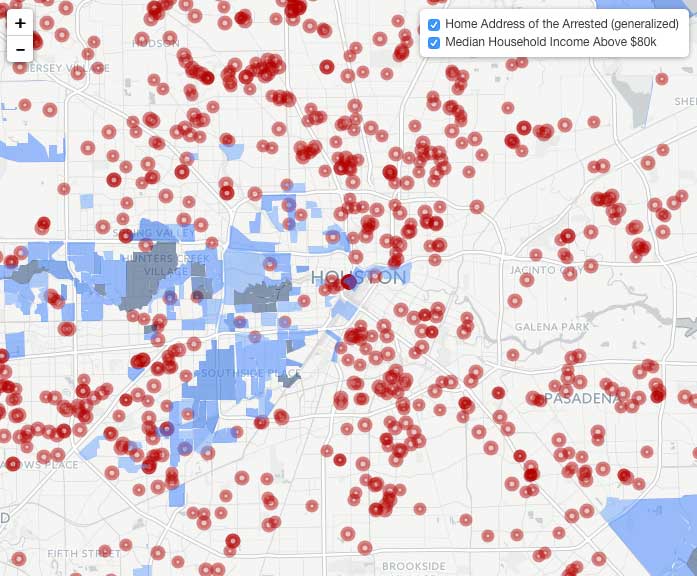 I built a map of marijuana arrests in the Houston area from January to June 2016. It turns out, the people who are arrested for low level weed offenses very rarely live in one of the top 25% of household median income neighborhoods. The map allows you to dig into generalized home address of the arrested, and their corresponding median household income by census tract.