This is the second edition of Houston maps and data. This month, we saw Mayor Turner’s first major initiative take the form of an interdepartmental task force and a new website. Potholes in Houston will never be the same again. Here’s the scoop, along with a few other interesting stories about Houston told through maps and data. 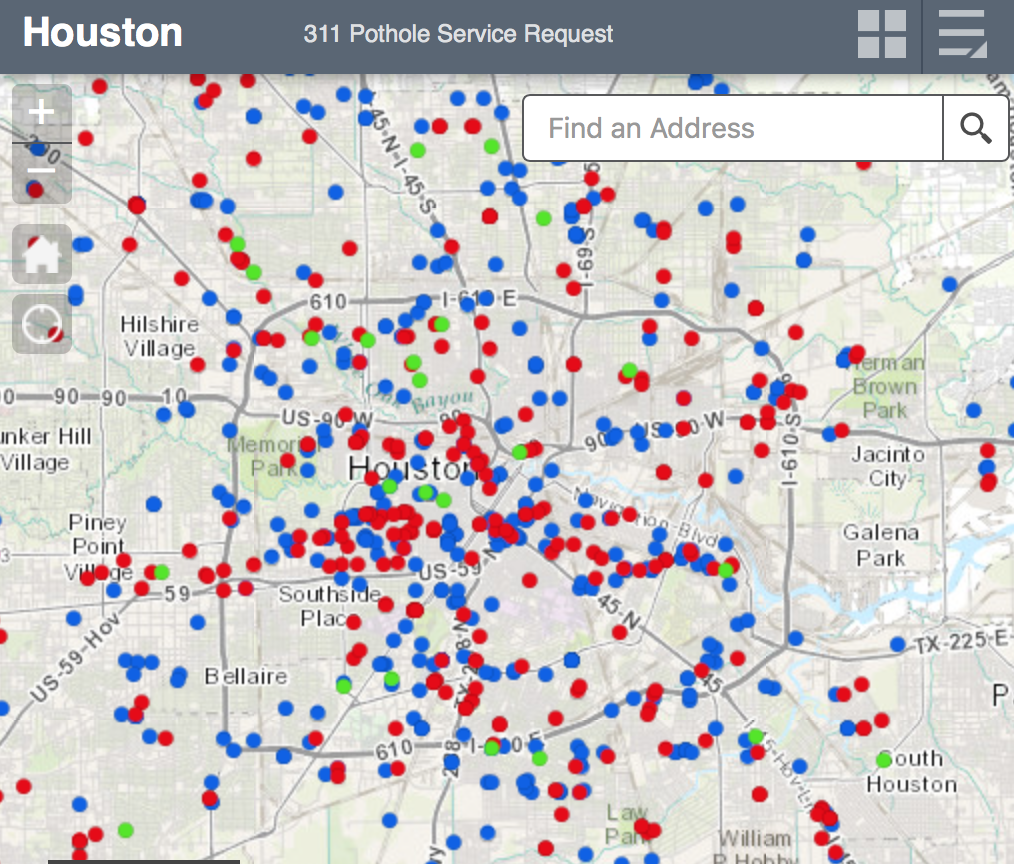 The City of Houston now responds to 96% of pothole service requests within 24 hours. This is Mayor Turner’s first accomplishment since taking office, and it’s created immediate goodwill with voters who care about traffic first, everything else second. You can follow along at houstonpotholes.org. The best part of this program is that it requires potholes to be reported through 311, ensuring a data trail of service requests for map nerds all over town. 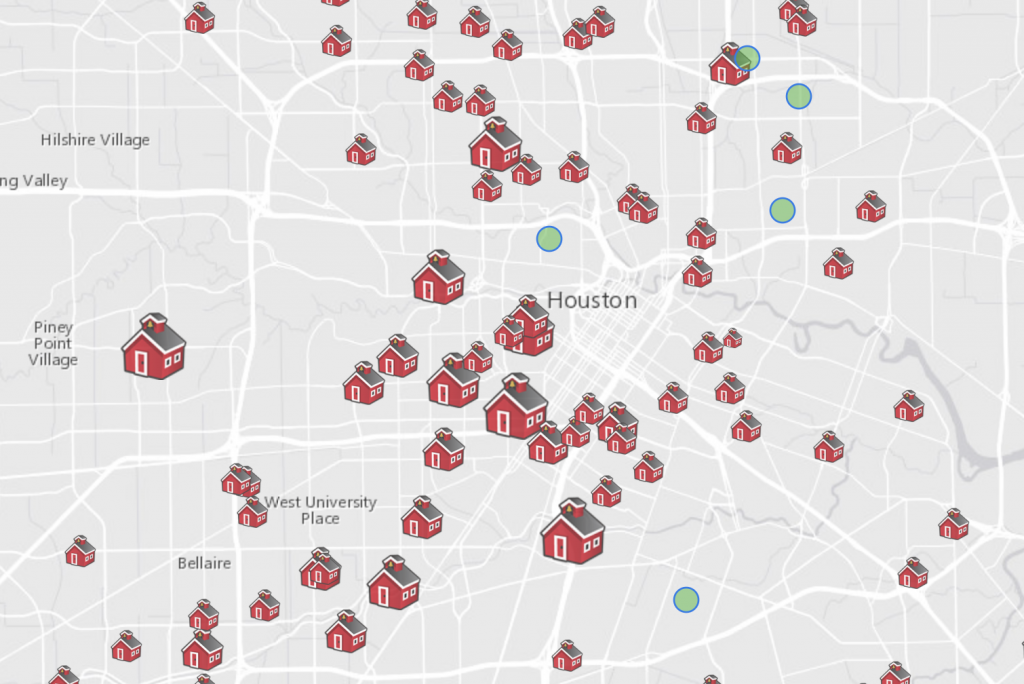 The Houston Independent School District spends about $20 million on magnet schools, and another $11 million on getting the kids to and from those schools. So how does that money get distributed? Apparently, based on “school theme” and student enrollment. 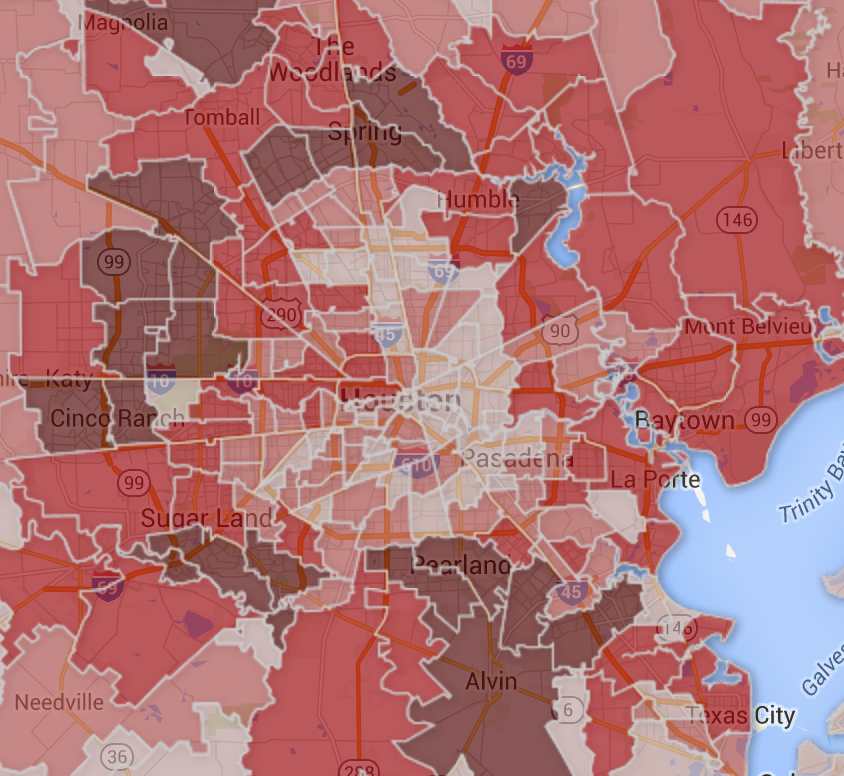 This map from the Chronicle provides some insight into where concealed handgun licenses are concentrated. With the new open carry law in Texas affecting public places like retail shops and restaurants, this map could provide some insight into what zip codes might embrace or oppose the new law. 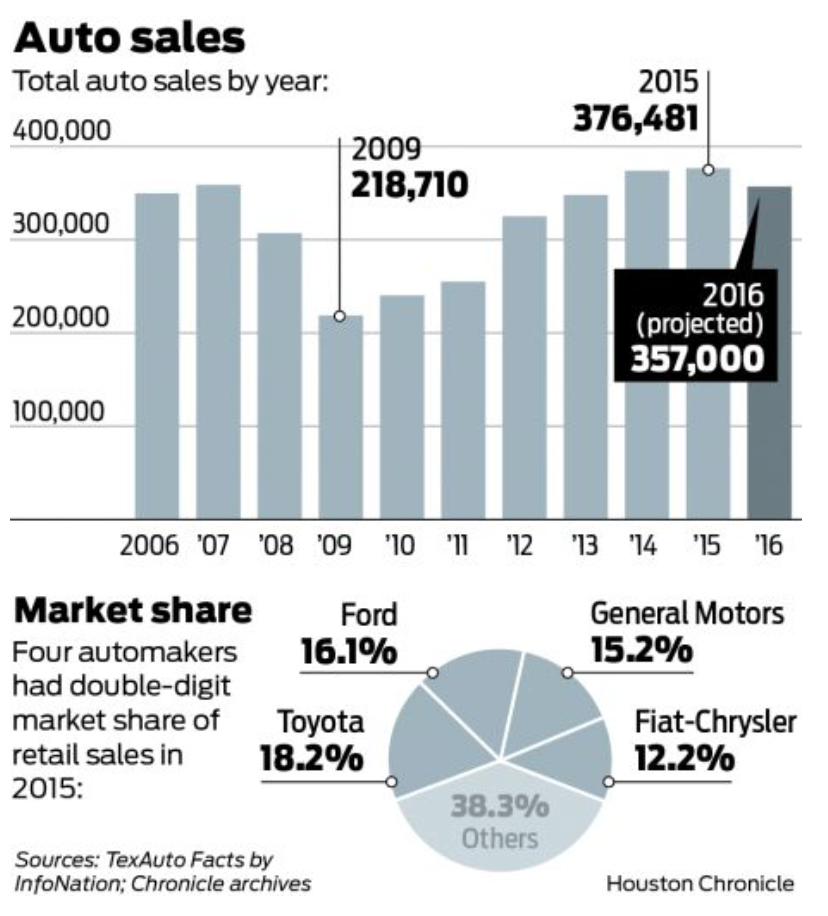 Another sad forecast for Houston’s economy. Our city is more vehicle-dependent than pretty much anywhere, so when sales slow in our region, that’s saying something. But the bottom hasn’t dropped out just yet. The growth of automobile sales has really taken off since 2009, and this is the first projected dip. But it also might be the beginning of a reversal. It’s also interesting that four automakers comprise over half the market.