There is no lack of environmental issues in Houston including floods, droughts and periods of poor air quality. Luckily, Houston has engaged citizens that build awareness and stimulate discussion about environmental issues in the region. I sat down with Rachel Powers, the executive director of the Citizens’ Environmental Coalition. She was gracious enough to talk to us about the CEC and their role in helping foster collaboration in the environmental nonprofit community in Houston.

SS: What is the CEC?

RP: Citizens’ Environmental Coalition is a coalition of over 120 environmental groups that do work in the Houston-Galveston region. We’ve been around since before we were incorporated in 1971.

SS: What are your goals in the next two to three years here in Houston? 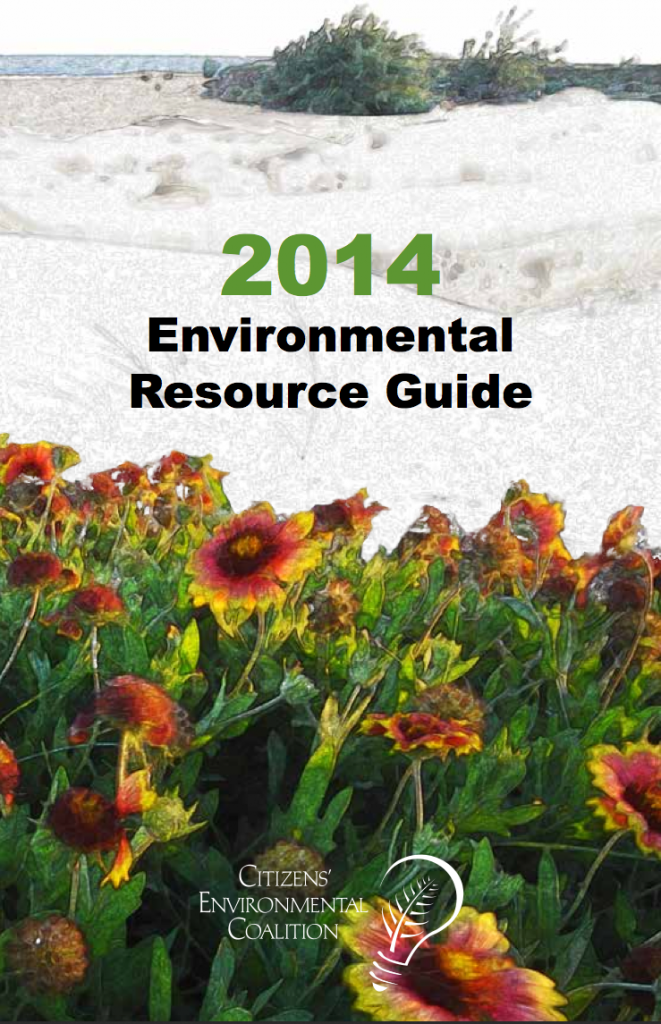 The CEC Environmental Resource Guide is an annual environmental information resource for citizens of the 13-county Houston region.

SS: Do you find environmental knowledge here in Harris County to be lacking?

RP: Yes. For example, the City of Houston recently rolled out the latest recycle bins for residential customers and as somebody who has recycled for many years, I have a lot of questions about what I can and cannot recycle. And that’s a pretty high profile environmental action that a lot of people are familiar with, but there’s still not a lot of knowledge about it.

SS: We’re the fastest growing county in the nation. What are some of the environmental issues for a county with that volume of growth?

RP: One of our member groups is the Katy Prairie Conservancy, and they are working to conserve remnants of the Katy area which is out in West Harris county. They’re working on a master plan right now and one of the questions is how much of the Katy prairie is still there to conserve? The Katy prairie serves a lot of valuable functions. One, it helps reduce the amount of flooding downstream of there. It can provide habitat for needed species. That’s just one example of how the growing population is putting strains on environmental systems, so there might be more flooding, the water quality might decrease or become impaired, because people are moving because they have to. You need to find a place for these people.

SS: In a situation like that, how are our nonprofits collaborating with our government in order to solve some of these issues?

RP: I think, in general, the government is trying to do the best thing, but they don’t always have the specialized knowledge that some of these environmental nonprofits have. So, for example, the Katy Prairie Conservancy can be involved in committees and public hearings and public comment opportunities and can provide some of the specialized knowledge that they have about what sort of animals and plants live out on the prairie and how those will be impacted by power lines or freeways or subdivisions. They can provide alternative opportunities that might be less harmful to the natural resources.

SS: The data required to solve large scale problems like that is necessary. Is there a data gap or deficiency in Houston where it comes to issues of things like air quality or water resources or flooding, even park maintenance.

RP: Yes, there are lots of data gaps. We do have a great deal of information and data in the region and experts in a lot of different areas that have been collecting data for a long time. But as much as anything else that just points to more gaps. 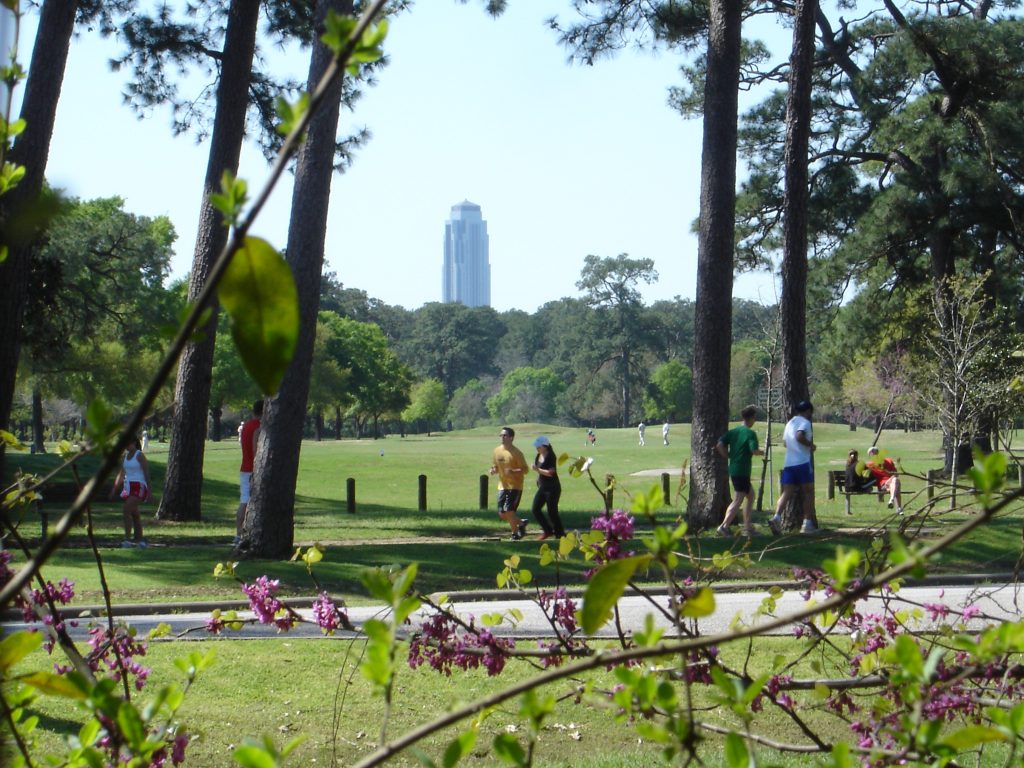 SS: What role can technology play to help both advance the mission of these environmental focused nonprofits, and communicate information to their stakeholders?

RP: Well one example is the City of Houston recently passed a bond proposal to fund the Houston Parks By You program, where they are building trails and improving connectivity along Houston’s bayous. And that couldn’t have been done without technology and data. The people who were working on it were able to analyze the land ownership and figure out what sort of land needed to be acquired, how many trails needed to be built, and what other facilities needed to be built as part of that. And so they could estimate a cost to undertake the huge project that they were proposing. At the same time they were  able to analyze what the economic benefits would be from building all of these facilities. There are also air quality benefits and health benefits. These are all data driven results. And so they were able to argue to the public that it was not only going to be great to have parks everywhere but there were huge benefits to doing so.

SS: With Houston being a business driven economy, do you see nonprofits and businesses working together to solve some of these environmental issues?

RP: They have to. if you talk to the Greater Houston Partnership, one of the things they want to do is make sure that Houston is a place where talented members of the workforce want to come. We don’t have mountains like Colorado. We don’t have some of the environmental amenities that a lot of other cities do and so that’s one thing that’s keeping people from coming to Houston. And so the business community recognizes that they really need to provide better environmental amenities whether it’s trails or parks, clean water for swimming or kayaking. We do have some natural resources which are amazing, but we need to protect them and make them more accessible and healthier.

SS: Rachel, thanks so much for your time and your efforts to improve the environmental community here in Houston.