The 2018 midterms were historic for the country, and for Harris County especially, with the highest recorded voter turnout for a midterm election. It even surpassed turnout numbers for two out of the last three Presidential elections.

Any surge in voter turnout is typically the result of coordinated and sustained grassroots engagement. One of the best ways to measure the neighborhood presence of a political party is whether there is a precinct chair. Since the precinct chair is an elected official, we are able to gather these data from the Texas Secretary of State.

Back in July of 2017, we first wrote about precinct chairs in Harris County. Since then, we’ve been tracking these positions over time. The 2018 midterms were the first general election since we began collecting these data, and here is what we’ve found: precincts with chairs have higher turnout for both parties, but the perceived effect on turnout is greater for Republicans.

Getting started by looking at down-ballot dropoff

Are voters less likely to cast a vote for elections that are further down the ballot? Are they suffering from decision-fatigue after scrolling through our epic ballots? Before diving into our analysis of precinct chairs, we wanted to analyze turnout down-ballot regardless of party.

To investigate this, we calculated the percent turnout of registered and eligible voters in every election up and down the ballot. In the visualization below, we can see the percent turnout starting with the total ballots cast all the way down to the county commissioners’ elections.

There wasn’t much decision-fatigue in the 2018 general elections in Harris County. This could be the result of straight-ticket voting to some degree. The fluctuations of turnout in the middle of the ballot are likely due to the specific nature of those elections. For example, one of the positions on the Court of Criminal Appeals was unchallenged, and only slightly more than half of Harris County was eligible to vote for the various State Senators that were up for re-election.

Does the presence of a precinct chair correlate with turnout in their party?

Since precinct chairs are elected for each party individually, the best way to measure the effect of the chairs is through “party” turnout — in other words, the number of ballots cast for Democratic or Republican candidates divided by the total number of registered voters in the precinct.

In Harris County, the presence of a precinct chair correlates with an increase in party turnout. We don’t have enough data to determine if precinct chairs cause higher voter turnout.

Other notable findings include:

We don’t have enough data to say for certain that precinct chairs are the cause of increased turnout, but we do know that there are differences between the parties. Are Republican precinct chairs more effective? Possibly, but it’s also possible that Republicans focus their grassroots engagement efforts on precincts that they are more likely to win.

Where are the precinct chairs in Harris County?

This map below shows the location of all Democratic and Republican precinct chairs and number of registered voters as of November 1, 2018, which is the most recent data we collected prior to the November 6 elections.

Note: Data is from the Texas Secretary of State on November 1, 2018. The most recently updated version of the map can be viewed here.

How does the distribution of party chairs relate to precinct demographics? Are the Harris County political parties targeting certain demographics?

To answer these questions we look at the percentage of filled precinct chairs for each party across two measures: non-white population and Republican support.

Next, we use Republican straight-ticket voting rate from the 2018 general elections as a proxy for Republican support in a precinct. We already saw that Republicans have a much higher percentage of vacancies in precincts that are mostly non-white. Does this same pattern occur when we compare it to party support?

What we’ve learned so far

After looking through the results from the 2018 general elections, a couple of things stand out:

How can you get involved with the Harris County parties?

With the 2019 municipal elections around the corner, it is as important as ever for Houstonians to get engaged in politics as the local level.

The upcoming election will decide who serves as Mayor, Controller, and members of City Council for the next four years. This group of elected officials will help determine how we address issues like flood mitigation infrastructure, public transit expansion, and funding of public services until 2023.

The majority of party precinct chair positions in Harris County are currently still vacant. Any citizen is eligible to become a precinct chair as long as they are a registered voter and reside in the precinct. Even though the primary elections aren’t until 2020, you can still apply to be a party chair before then if your precinct has a vacancy.

Webinar: 20 Years of Evictions in Houston and Harris County 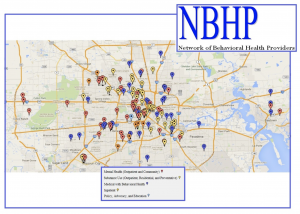 Why Houston Should Care About Evictions 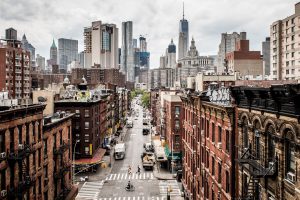