The Houston Parks Board is embarking on an exciting capital project: Bayou Greenways 2020. It will significantly expand and enhance Houston’s parks system, creating a continuous network of 150 miles of parks and trails along Houston’s bayous. 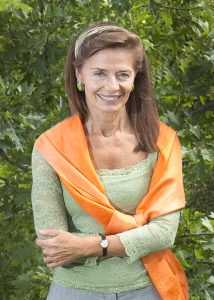 I sat down with Roksan Okan-Vick, the executive director of the Houston Parks Board, to talk about Bayou Greenways 2020.

SS: What is your role in the Houston Parks Board?

ROV: I am the Executive Director of the Houston Parks Board, which means I’m in charge of all activities, all of the work of the Houston  Parks Board team that works towards fulfilling our mission.  I started about 11 years ago and report to the Board of Directors.

SS: What is the Bayou Greenways 2020 project?

ROV: The Bayou Greenways 2020 project is by many accounts probably the most significant and transformational project going on in the country.  By the year 2020, there will be continuous green spaces of different sizes along nine of Houston’s major bayous. Within  these completed continuous green spaces, we’re meandering a single line of shared use trail for hiking and biking to connect the various neighborhoods and communities along those greenways. 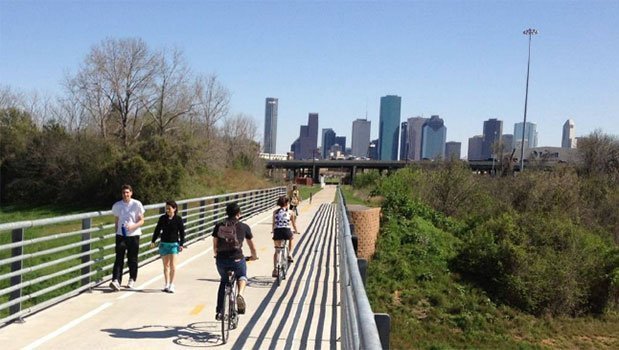 SS: What are some of the benefits to using our bayou corridors for green space and recreation?

ROV: There is the benefit of having easier access and more equitable distribution of green spaces throughout the city that neighborhoods can access for recreation and respite.  There are environmental benefits that come through a project like this.  Whether it’s water quality benefits, air quality benefits, habitat preservation and enhancement benefits. There is, an economic benefit in that these types of projects, greenways or any kind of park project of this nature, particularly along a waterway enhances property values next to those green spaces because they become more desirable places to live. When those properties become more valuable it adds to our tax base and makes our city wealthier city from the economic standpoint.  So, in addition to the Houstonians’ health benefits, there are environmental and economic benefits to a project like this as well.

SS: How is this initiative funded?

ROV: The initiative is funded both through public funds as well as private funds.  The last bond election that Houstonians voted on, it had $100 million dedicated towards the Bayou Greenways project which was part of the park’s bond component and passed with the highest margin indicating a fairly compelling grassroots support to match that $100 million bond funding from the public. The Houston Parks Board is raising a matching $120 million to complete the budget of $220 million so we can buy the lands needed to create the continuous parks, design the trails and associated amenities, and construct those improvements for the next five and a half years.

SS: Who are some of your partners for this project?

ROV: We have a very strong partnership with the City of Houston because we are entrusted with managing the bond dollars on behalf of the City on this particular project.  And when I say City of Houston, that’s several departments within the City of Houston, primarily the Parks and Recreation Department because at the end of the day, those become assets of the park system.  But we also work with the Department of Public Works and Engineering because the trails touch them.  We work with the Planning Department, we’re plugged into the various planning efforts going on, whether it’s the bicycle master plan or general plan because  clearly the Bayou Greenways will have a significant impact on the urban fabric of our city and will be integral to any kind of long term planning and thinking. 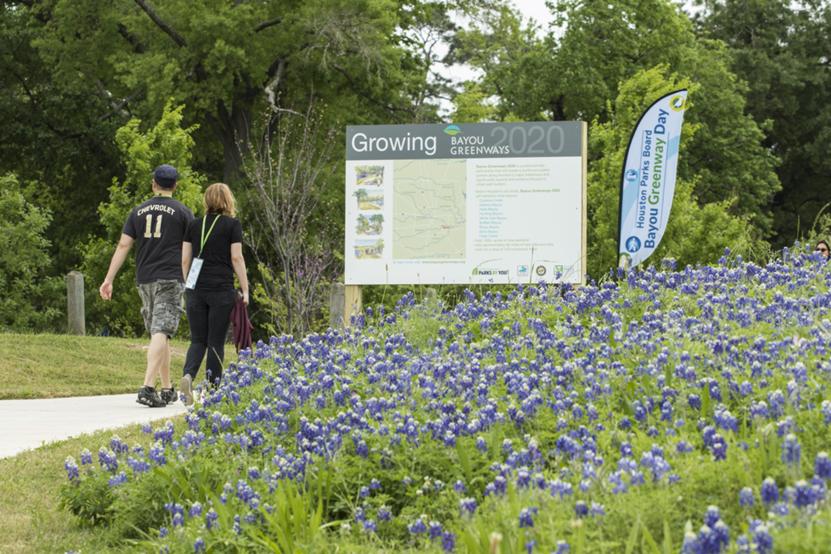 We also have Harris County Flood Control District which is an overlay district over the whole county in charge of managing the flood challenge that we have in this part of the country. The reason they are an important partner on this is that I call them the “Boss of the Bayous”.  They are in charge of the waterways because those bayous are the way we drain our low lying and flat lands to Galveston Bay and the Gulf of Mexico. They work to minimize flooding and work closely with the U.S. Army Corps of Engineers who also have jurisdiction over these waters. So, important partnership with the Flood Control District, important partnership with the City of Houston.  So, in addition to the public partners, we have community partners.  Since the bayous crisscross all corners or touch every corner of our city there are many neighborhoods that it impacts, so we want to make sure that those neighborhoods are part of this effort and stewards are very happy with what happens because that’s the only way those green spaces will live happily ever after.

Many of our major funders are also active partners with us at the table as we work through this project, so I count them as one of our key partners as well.

SS: So this is the bayou city. How many residents actually live in proximity to a bayou?

ROV: We looked at the population and within a mile and a half of those nine major bayou corridors. Over 60% of Houston’s population lives within that band. We were surprised at how high that number is, but that is a wonderful thing, because what that means is that any improvements you make along those corridors are going to touch a significant number of people.

SS: For the Bayou Greenways 2020 project, how is the decision made of which green spaces are to be purchased?

SS: Was it difficult to obtain data to help make your decisions for this project?

ROV: Ten or fifteen years ago, it would have been very difficult, primarily because GIS was not part of our working platform. It has made a world of difference in terms of being able to plan and develop cost estimates and see exactly which parcels you may want to target for acquisition. Having all that data available has been a godsend in helping pull the scope together for a project of this magnitude. However, If we had better data on land parcels it would be a tremendous help.

SS: How do you see technology being used in the future for these projects?

ROV: We are actually putting little markers along the trail that connects to the 911 system so if someone has an issue, they’ll be able to identify a marker so police can find them quickly. Apps such as “how do I get from my home to the greenway and where can I catch a burger or a cup of coffee along the way?” would be great. Something that we could pull up on our handheld that would quickly give me the best way on foot and bike to get to a particular greenway and get back.

SS: Roxane, thanks for your time. I really appreciate it.

ROV: Sure. My pleasure.